The SHP Group (Slovak Hygienic Paper Group) is a multinational company associating the group of production and business companies operating in the cellulose-paper industry. The SHP Group covers 10 companies in 6 countries of Europe with annual turnover of EUR 220 mil. In its four manufacturing plants, the SHP Group makes 170 thousand tons of paper annually.

The SHP Group belongs to the largest producers of hygienic papers in the Central and South-Eastern Europe.

The values of our SHP Group, in particular “Responsibility”, “Humanity”, “Customer orientation” and “Enthusiasm for performance and innovation” are the heart of our corporate culture, they determine our company’s identity and help us to make the right decisions. They represent the basic pillars for the achievement of our strategy. The values determine our company’s identity in the eyes of our customers, consumers and potential employees. They are the tools for retaining and engaging employees, in particular by defining and unifying the approach in the behaviour of us all. 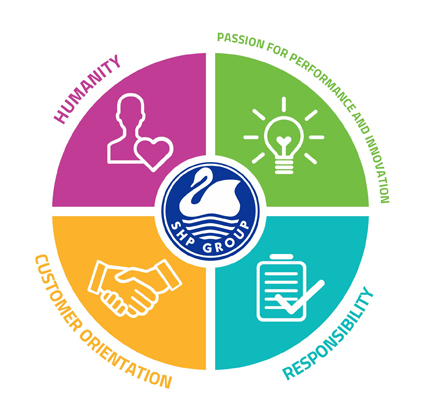 The logo used by the SHP Group for all its companies – the white swan, is the oldest used trademark in Slovakia. It has been used for more than 100 years now, even if officially it was registered in the commercial chamber in Banská Bystrica only in 1910 and has undergone several graphic changes since then. There is a history of paper manufacturing in Harmanec dating back to the 19th century (1829) behind the swan logo.

For decades, the white swan has been identifying a strong and stable company producing hygienic paper products of high quality. Our trademark also won at the nationwide contest, LOGOTYP SLOVAKIA 2002 in the Oldest Logo category. 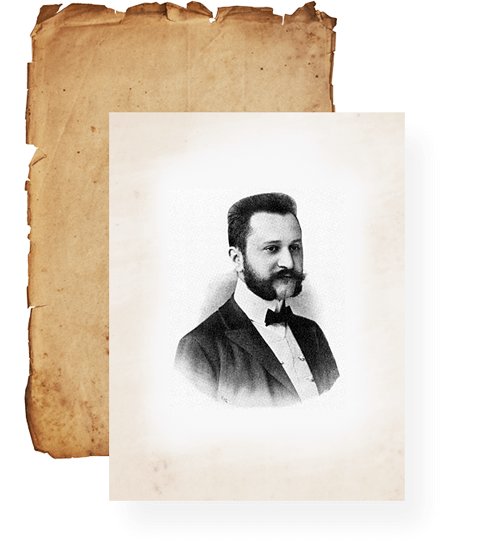 The Harmanec paper works was build in 1829 by the merchant of Banská Bystrica, František Zikmund Leicht, originally as the handmade paper manufacture. In the mid-19th century, it belonged to the most state-of-the-art paperworks in Austria-Hungaria. At the turn of the 19th and 20th century, the plant launched the hygienic paper product manufacturing. At first, the folded toilet paper under the Hermandol brand, later adding the hand-cut paper napkins. During the World War 2, the product range was extended by the production of feminine pads and baby nappies made of artificial cotton. The modern history of the paperworks started in 1972, when the paper machine was put into operation, manufacturing the hygienic papers and a new raw material – the waste paper – started to be used. The paperwork has maintained the character of the modern and dynamically developing company until today. Annually, the company invests about EUR 6 mil. in the development of technologies and modernization of the processes. In 2002, the Harmanec Paperworks were renamed to SHP Harmanec and became a part of the group of production and business companies having the production and distribution of hygienic paper products as their scope of business, under the common title of SHP Group.

The municipality of Slavošovce, founded in 1318, lies in the region of Horný Gemer. In 1817, the dilapidated plant in Slavošovce, rebuilt to a paper mill and since then, the production of paper in this municipality is dated. The paper production development in Slavošovce was not simple. Apart from the first decades, the company was moving in extremes almost all the time. It was overcoming crisis but at the same time was being constructed and modernised. In the Czechoslovak Republic era in 1923, the paperworks got into a financial crisis and a sell-off was suggested. Professor Ursíny from Czech Technical University in Brno spoke in favour of manufacturing in Slavošovce at the prime minister, thanks to which the paperworks obtained a state subvention for its renewal. In the 20th century, the paperworks concentrated on the manufacturing of school copybooks and pads. The paper napkins only comprised a part of the manufacturing program. After integrating the company in the SHP Group as SHP Slavošovce, its direction has been oriented on the production and sale of paper napkins. 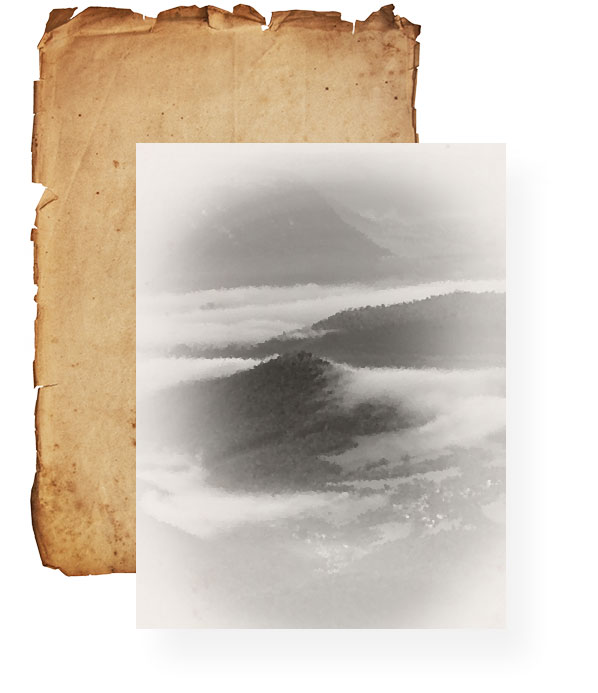