Raise your hand those who do not take handkerchiefs for granted. They are our faithful aid not only when we suffer from a cold. However, we are primarily talking about a single-use paper version which is considered more hygienic than its cloth predecessor. But let’s talk about what the origin of the first handkerchiefs is and what is so interesting about their past.

Porcelain, silk, gunpowder, toilet paper … The Chinese knew how to do it. Perhaps there is no more innovative nation in the world to arranged for so many discoveries. According to some historians, we can credit handkerchiefs to them as well. On the heads of sculptures from the Chou dynasty (from 1,122 BC) we can see a piece of decorative fabric. According to experts, it was supposed to protect a person’s head from the hot sun.

Another preserved record was taken by the Roman poet Catullus in the 1st century AD. He talks about linen called sudarium, which means “sweat cloth” used for wiping the face clean. These Roman handkerchiefs were also used during gladiator games. Throwing them into the arena meant the start of the fight.

Handkerchiefs then traveled in time, specifically into the mid-13th century. Their use was similar to the Chinese, and for this purpose both French and English used them. And it was the French who came up with another way of using them – to wipe tears. They found their home primarily on the royal court. King Henry II. even brushed his teeth with them.

According to some historical records, the French Queen Maria Antoinette made handkerchiefs popular. After coming to France with her husband and future throne successor, she cried for her home (Austria) and used a piece of cloth torn from her underclothing to wipe her tears.

Handkerchiefs as a reason for jealousy

Handkerchiefs as a fashion accessory haven´t been long in coming. Silk was combined with Venetian lace, or with gold and silver embroidery. They have become so valuable that they even used to be bequeathed in wills. At the end of the 17th century, almost everybody in the Western Europe wore a handkerchief, regardless the gender. And in the next century it had a new use – ladies waved white handkerchiefs for example at various public events. 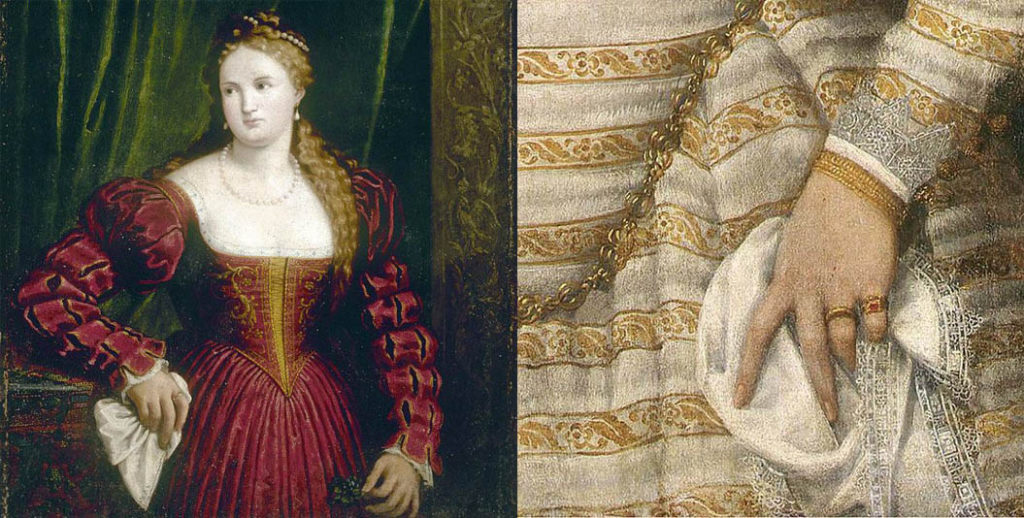 You can see handkerchiefs as a fashion accessory in many periodical paintings. They are in the hands of both the noble and the ignoble ladies. (Source image: the-athenaeum.org, gogmsite.net)

Handkerchief has even become a cause of jealousy. We are talking about the famous Othello from even more famous Shakespeare. Do you remember this story?

Othello gifted his wife Desdemona a handkerchief, which malicious Iago plants for Cassio. At the same time, Iago tells Othello that his wife is cheating on him. Othello strangles Desdemona and when he finds out that it was just Jag’s intrigues, he stabs himself and dies. Perhaps in real history, handkerchiefs were never a reason for such a tragedy.

Speaking of a tragedy … In the past there were so-called mourning handkerchiefs. They were mostly simple, without decorations. But the principle was that they had to have a black border.

The history of paper handkerchiefs began during World War I. An American company developed a product called cellucotton, which was supposed to be a substitute for cotton that was scarce at the time.

Primarily cellucotton served to soldiers as towels for hygiene and for treating their wounds. Subsequently, marketers began to promote them as a make-up removal product, which they began to use in Hollywood mostly. But it was the consumers themselves who started to use these paper wipes as a practical aid during a cold. Thus, in 1930, the era of paper handkerchiefs began as a product intended primarily for nose blowing.

Color and multi-layer handkerchiefs, both in print and in cardboard packaging, entered the market. Today, handkerchiefs enriched with balsams, such as avocado or shea butter, which are delicate to the skin, are now in great demand (also on the Slovak market). Even the perfumed ones are popular, you can find handkerchiefs with a gentle feminine or subtle fragrance. 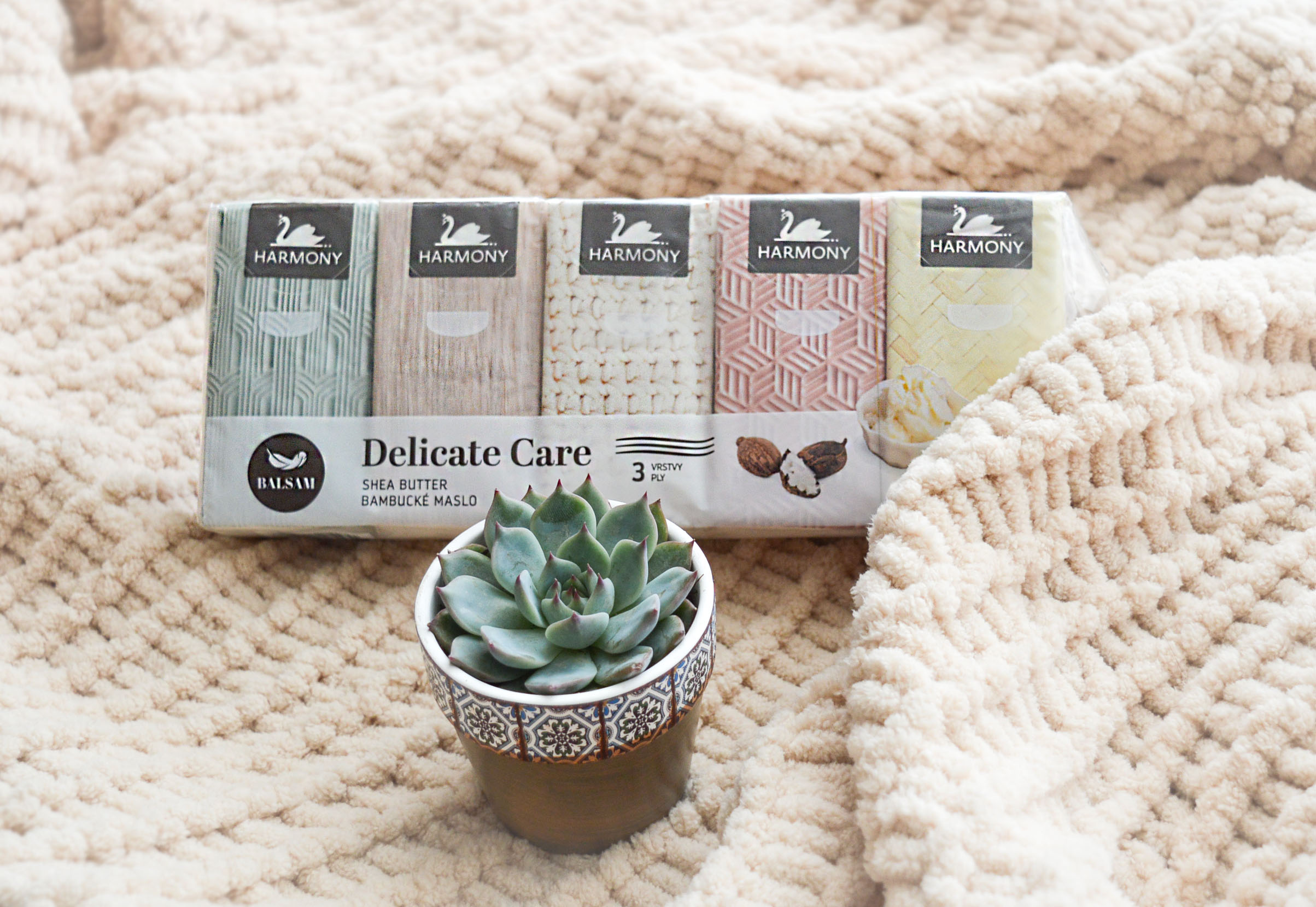 Handkerchiefs with shea butter extract, but also with other balms and aromas are now commonly available to consumers. As well as many packaging variations that reflect the trends of the current period.

Did you know that there was a paper crisis in Czechoslovakia? A year before the Velvet Revolution, a fire broke out in Harmanecké papírny (Harmanec Paperworks). This caused a huge drop on the shelves for about 3 weeks. Toilet paper, napkins, and paper handkerchiefs have been added to the commonly scarce goods such as bananas and yoghurts.

Currently, one Western European is reported to spend approximately 200 paper handkerchiefs a year. By always having them in hand, the use is truly in many situations during the day – not only are we using them for nose blowing, but they often serve as a replacement for a napkin, towel, rag or even toilet paper. In addition, they are now offered in a variety of design packaging, making them not only practical but also a fashion accessory.